Have you ever become frustrated with yourself because you had an important goal in mind and for some reason, you keep finding yourself procrastinating on reaching that goal?

Unfortunately, procrastinating has gotten a seriously negative “bad rap”. To procrastinate simply means to put something off.

There’s nothing negative OR positive about that action. It’s just a statement saying that something is being put off.

Have you spent way too many days beating yourself up for procrastinating? Did you embrace an identity of failure because you are just a “procrastinator?” 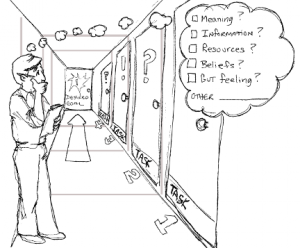 The illustration that I drew for this post is a visual representation of what it’s like to have a desired goal that must be reached, but before you can get there, you must accomplish different tasks behind each door before the path is unlocked for you to proceed to the next door or task.

Before you can turn the door knob on the door, you have to know what you are going to do once you are inside the “work room” where you will finish the task or step that you are on now, which will lead you to your end goal.

Have you ever stopped to consider what was causing you to put something off? Saying, “I’m such a Procrastinator!” Isn’t seeking answers as to why. Instead, ask a different question.

How about this one?

“What do I need to move forward?”

Now that you’ve asked that question, let’s look at five different issues that are usually not being identified or defined when we procrastination stops your momentum.

Instead of getting caught up in defeatist thinking that accuses you of being a failure, consider the following …

1. MEANING – Has a meaning been applied to the main goal of what you want to achieve? Meanings that lean on signs, wonders and seasons to determine whether or not to continue pursuing a goal, are only smoke screens that disguise the real issue. Telling yourself that “it must not be time to do this, because you have hit writer’s block, or can’t think of what the next step should be, is just applying a useless meaning.

Ask yourself what you are telling yourself or others about why you haven’t been able to accomplish a task that will move you to the next step. Are you giving it a meaning that is just a story filled with excuses, but no substance?

Put a different meaning to the item that has you stuck. Meanings that are positive will inspire further discovery and action. 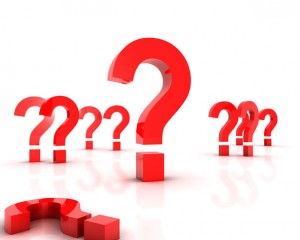 2. INFORMATION – Are you lacking important or necessary information about your next step? Sometimes we are procrastinating simply because we have not asked the simple question of “What do I need next?” or “What does this project need next in order to move forward?”

Ask a better question to uncover solutions. Resist the temptation to call yourself “stupid,” “lazy”, or whatever. Trying to accomplish even the simplest task with such a declaration over your head is guaranteed to stop you in your tracks!

3. RESOURCES – Once you’ve asked a better question to uncover what information you are lacking, ask yourself if you have all the resources you need. Everything from simple resources that are easy to obtain, to more challenging resources, need to be identified in order to complete your task. Here are some sample ideas of what those resources could be:

4. BELIEFS – This stops a lot of people and actually goes hand-in-hand with the meanings (stories) we put to things. A belief that you are too stupid, or the wrong age, or color, or sex can stop your momentum. Those negative tapes that are rooted in “Can’t” or “Shouldn’t” run deep, and are such a part of some people’s thinking, that it actually feels like truth, therefore it is never questioned. Many a door was never opened because of the thought that came from a “shouldn’t, or can’t” mentality. Fear is at the root of this. Some people have told me that they actually felt like they would get in trouble if they ventured further than their low expectations. The accusing thought of “Just who do you think you are?” has prevented many people from writing that book, singing that song, dancing that dance, building that business, talking to that person, or …

To uncover a belief, you must first notice it. What is the conversation going on in your mind every time you walk up to that door to open it?

Once you identify the conversation, ask yourself if it is true. Then ask how you know it is truth? Now imagine what life would be like without this belief!

5. GUT FEELINGS – Sometimes we stop on a project and think we are just putting something off because we are lazy, or confused, or … something … and need to realize that perhaps we stopped because something “just doesn’t feel right”. Something in “your gut” is telling you that you’re on the wrong track. Perhaps while working on your project, you discovered that you have a conflict of interest. Perhaps you need to back up and redo something differently that you had thought was finished.

Take time to ask a better question of yourself before you slap yourself in disgust and call yourself a “Procrastinator” – most likely, it’s a matter of one of the issues above has been left unanswered!

Beware of labels. Labels are the result of a final judgment and making a conclusion. They do not move forward or solve problems.

Enjoy the process! Be curious! Think of it like a game, or a puzzle. You are simply putting all the pieces together to make the final picture. If you don’t have all the pieces, then you can’t finish the picture! Get the picture?

One thought on “5 Keys to Reframing Your Understanding of Procrastination”